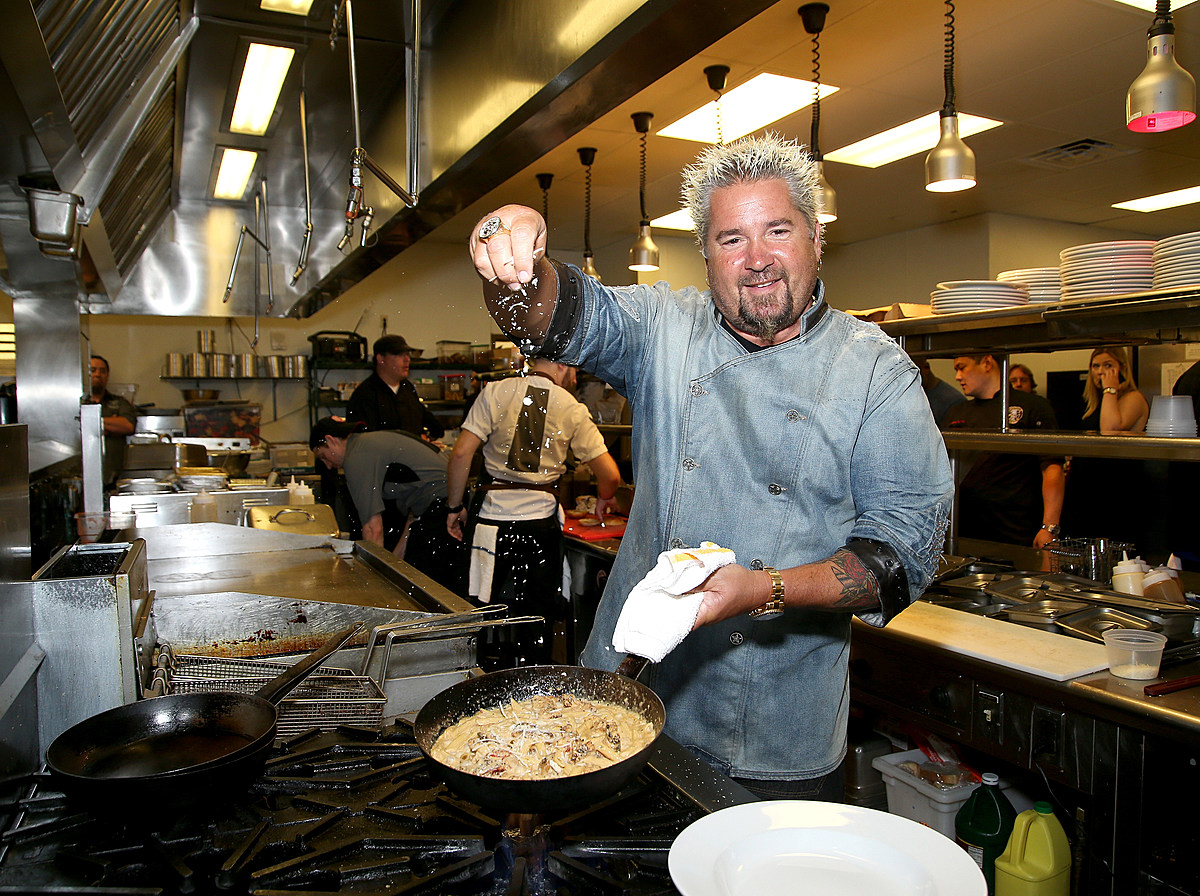 Guy Fieri must really love New Jersey: A little over a week after a New Jersey-centric episode of “Diners, Drive-Ins, and Dives” aired, we learn that a Bridgewater food truck is going be featured on the iconic Food Network Show.

According PatchDDD will shoot an episode with Large pink barbecue, a food truck in Bridgewater. The truck presents itself as serving “Jersey Style Q” since it is its own style:

New Jersey is a place where you can enjoy so many great ethnic dishes, we try to combine these styles for a new flavor. Whether it’s an egg roll made with rib meat or a shepherd’s pie with burnt ends, we’re looking to try new ways to make our barbecue like New Jersey, UNIQUE!

Big Pinks also prides itself on its homemade sides and sauces.

Fieri was just in Somerville highlighting Turf Surf and Earth, which describes itself as a ‘fast casual restaurant’ with ‘an exciting assortment of dishes, including burgers, chicken, seafood and many options based on plants served just the way you want them.”

Fieri, the mayor of “Flavortown”, visited restaurants throughout the Garden State, from Cape May to Hoboken.

“Diners, Drive-Ins, and Dives” first aired on the Food Network in 2007 and has now become one of the network’s flagship shows. Fieri began her culinary career at age 10, selling soft pretzels at fairs and rodeos; he made his television debut by winning “The Next Foodnetwork Star” which earned him his own series and the rest is history.

The views expressed in the above post are those of New Jersey 101.5 talk show host Bill Doyle only.

You can now listen to Deminski & Doyle — On demand! Listen to New Jersey’s favorite radio show every day of the week. Download the Deminski & Doyle show wherever you get podcasts, on our free app, or listen now.

WATCH: Here are recipes copied from 20 of America’s most popular fast food restaurants

ANCAP will test the behavior of new cars underwater from 2023