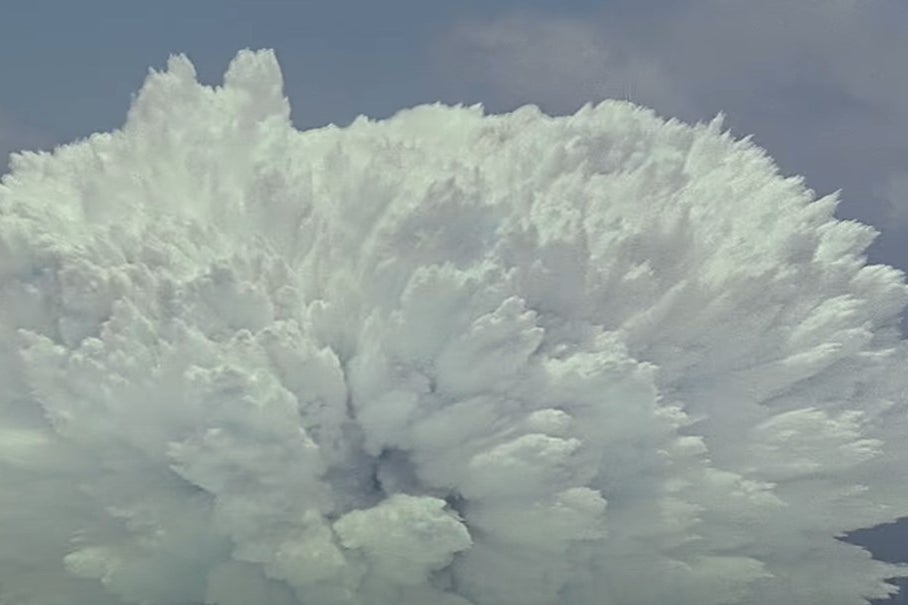 BOOM! Take a look at this massive underwater nuclear explosion

On May 16, 1958, the United States tested the underwater detonation of a nuclear bomb that hurled water more than half a mile away in 20 seconds.

What happened: Operation Hardtack Ⅰ was a series of 35 nuclear tests conducted by the United States between April and August 1958, divided into three lines of research. The tests were conducted to better understand how materials and electronic systems might react to nuclear explosions.

Code name “Wahoo“, the video below shows an explosion of a Mark 7 nuclear bomb placed 500 feet below the surface of the ocean, intended to examine the effects on three naval destroyers, a submarine and a model submarine placed at different distances from the explosion.

The damage to the ships is not visible on the video – however, the only ship that suffered damage was placed 2,346 feet from the explosion.

The bomb featured in the video was never used in combat, as it was outclassed by more powerful nuclear weapons, although it was designed to be carried and dropped by fighter jets against hostile forces.

A few years later, development of the B53 bomb which was 1,000 times more powerful than the Mark 7 began – the design would be completed in 1965. The B53 remains the eighth most powerful nuclear bomb ever made.

10 experiences to make you feel like an adrenaline junkie

SV hood in the shape of a diver’s return