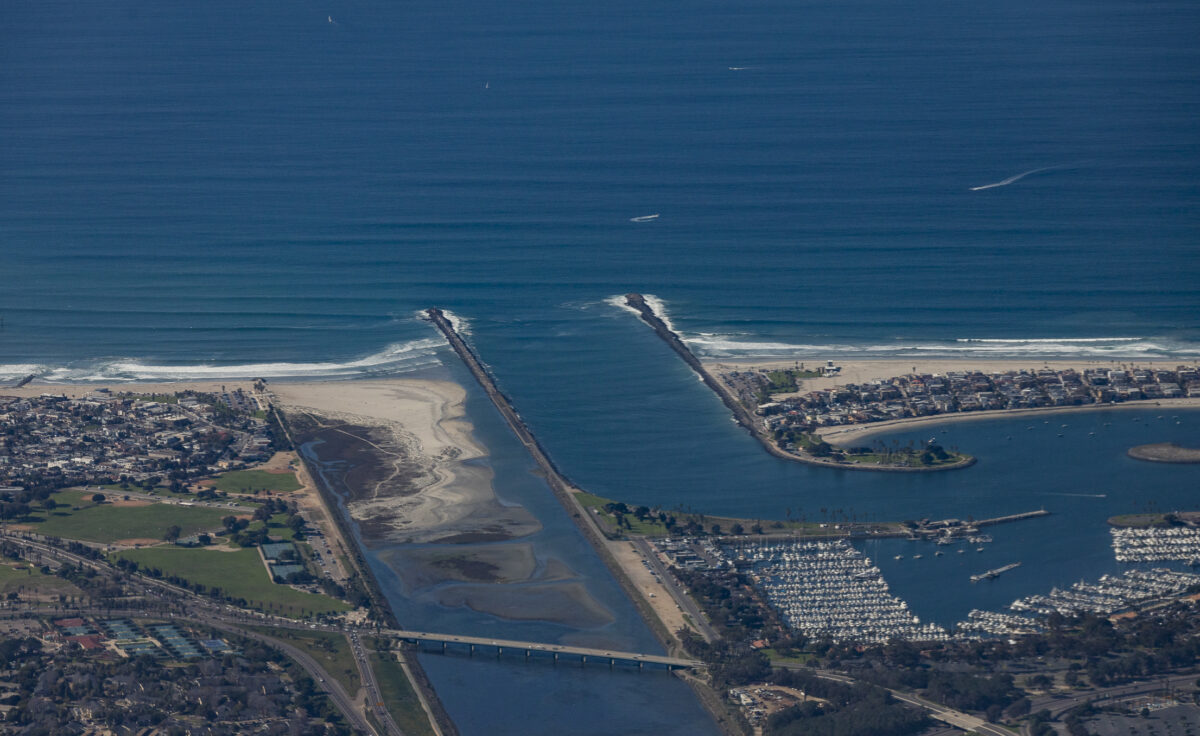 Southern Californians who want to enjoy their time in Mission Bay have a hard time dealing with tiny underwater sea creatures biting their feet.

The creatures have been identified as a species of crustacean called Excirolana chiltoni, which are also known as “mini sharks”. These crustaceans are scavengers and are about 0.3 inches long. Although small, their bite can cause pain.

Tara Sauvage, from San Diego, was strolling along De Anza Cove in Mission Bay when she decided to hit the water, but then got a nasty surprise. Within seconds she began to feel biting feet and ankles

“It was painful! I was like uh! I jumped out of the water and it was so shocking. I had blood all over my foot and between my toes,” Sauvage told CBS 8.

“I took my foot out. I had blood all over my foot. It felt like little piranhas had bitten me. She quickly rinsed her feet and felt fine after about 10-15 minutes.

These creatures can form swarms of over a thousand and usually live in the shallow waters of the Pacific Ocean. They tend to migrate seasonally along the coast. Although their bite can be painful, it tends to be superficial and harmless. Bites are not known to carry disease.

Experts recommend people to move in the water if they are disturbed by the crustacean swarm. If bitten, individuals should ideally get out of the water.

Past cases, importance for the ecosystem

In 1993, California had seen a large number of these “mini sharks” in Newport Beach. There has been a sharp increase in the number of people reporting being bitten, including a two-year-old girl who saw these insects crawling up her diaper.

In 2017, a Melbourne teenager suffered an attack from what is believed to be an isopod swarm called Cirolana harfordi, a close relative of Excirolana chiltoni. The teenager’s father described his son’s bloody leg as something akin to a “war wound”, according to the BBC.

The teenager had initially mistaken the bite marks for rubbing sand on his ankles. It was only later that he realized that the isopods were biting his skin.

Despite being a nuisance for beachgoers, Excirolana chiltoni are an integral part of the natural ecosystem. They tend to eat the flesh of dead fish, which keeps the waters from stinking.

Mini-sharks pose a problem in forensic investigations because they can make it very difficult to identify drowning victims.

Naveen Athrappully is a reporter and covers world affairs and events at The Epoch Times.